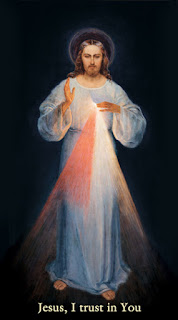 The Diary of Sister Faustina is a very precious book giving a deep insight into the soul of a saint. The main theme of Faustyna’s mission, which the Lord Himself gave her, was to spread the devotion of His divine mercy. Jesus emphasises, that His mercy towards sinners who repent, is many times bigger, than all the greatest sins of humans put together.

Saint Pope John Paul II. declared the first Sunday after Easter as the Feast of the Divine Mercy, according to instructions given by the Lord to saint Faustyna.

The diary is made up of six note books in which Faustyna wrote down some of her spiritual experiences and dialogues with Jesus. She offered all her sufferings for sinners and dying people. She was also often visited by the souls of the dying or poor souls in purgatory and prayed for their salvation.

The diary is not a book you read in one night, but it will help the reader make great progress in their religious understanding.

View the book in the UK

View the book in the USA