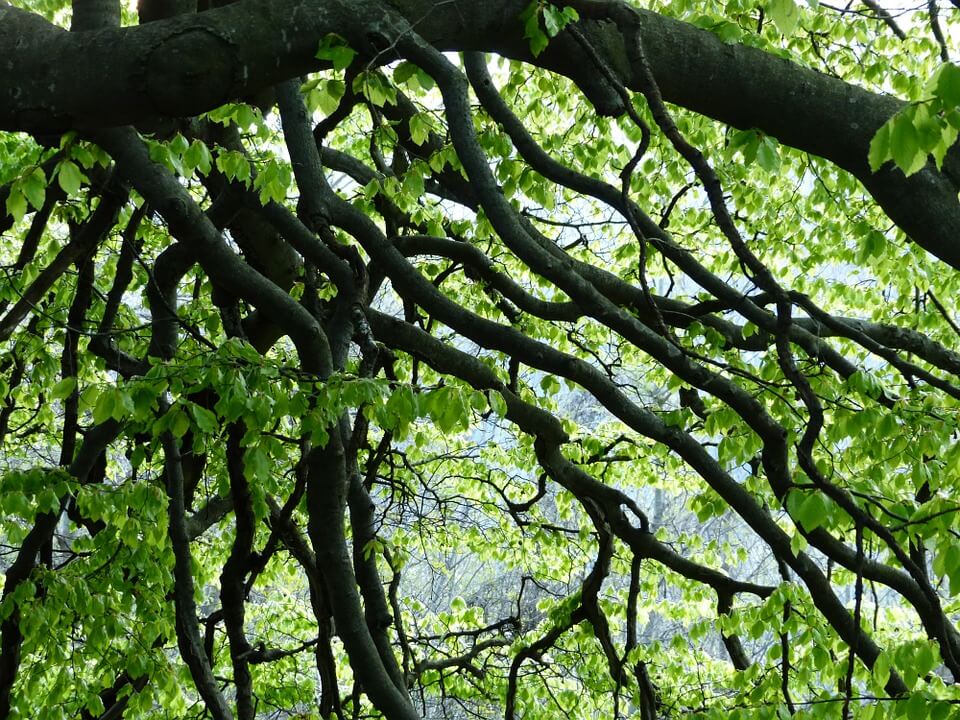 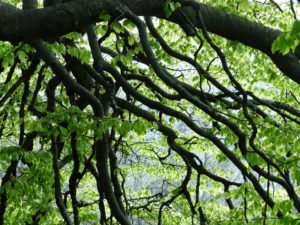 Nearby stands a very old beech tree. Underneath the majestic tree crown, the ground is covered with beechnuts. They crunch, when you step on them. If you open them, you find a small nut inside.

This tree is very old of age. It has an enormous tree trunk. It would need three grown-up people to embrace it. Picture the amount of rings, if you’d cut through it. There may be around 400 of them, which equals 400 years of age.

400 years ago was the year 1616. What was happening in England at this time? I take a look on the internet encyclopaedia.

1616 is the year in which Shakespeare dies. Terrible things happen in 1616. This time is post Catholic England. A Roman Catholic priest, Thomas Atkinson, is hanged at the age of 70. There are witch trials and several women are condemned to death.

There must be some good going on too. Yes: John Rolfe brings Pocahontas and their infant son, Thomas Rolfe, to England from America. That’s a sign of peace and love between two people of two very different cultures. Pocahontas was an native American woman, John Rolfe an English man.

When our old beech tree started growing, the world around it was completely different than now.

Wouldn’t it be wonderful, if this tree could talk? Just imagine, how much it could tell us! 400 years of history!

And if the tree would write all the stories in a book, I guess the book would be as thick as the tree itself.