For several years, during Advent, we’d set up crib figures and a stable for Christmas. The smaller children always loved playing with them, as soon as they were set up. Unfortunately, these small ceramic figures were breakable and over the years one after the other got broken – until in the end, just the lamb remained. 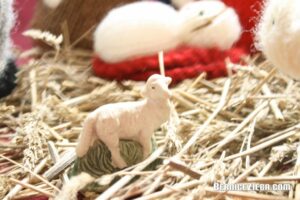 So, Christmas 2017, we went without a nativity scene. But this Christmas I wanted to make up for the missing crib figures and looked around for something suitable, what wouldn’t break so easily when little hands get hold of the figures.

Finally I decided to knit them! At first, this seemed like a daunting task – since I’m not a very experienced knitter – but it turned out to be quite a fun project, with the children eagerly watching the process, playing with the finished figures and even adding some helpful suggestions. Here is the knitting pattern I’ve been using (I changed some of the colours, altered the headdresses of the kings and a few other minor things): Christmas Knits

After some trial and error I had the nativity scene with Mary, Baby Jesus, Joseph, a shepherd, the donkey and two lambs ready at Christmas Eve and on the 6th of January I added the holy three kings (which I managed to finish by then). In the following days I did a couple of adjustments and added two more crowns, so all three kings are wearing crowns now. 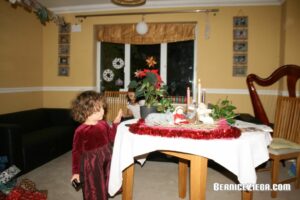 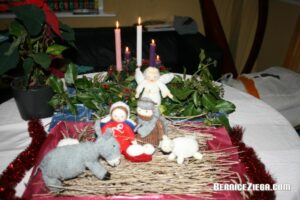 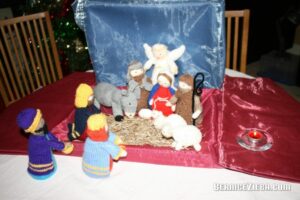 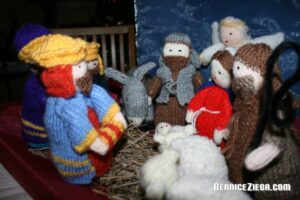 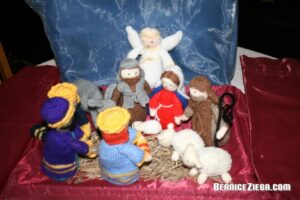 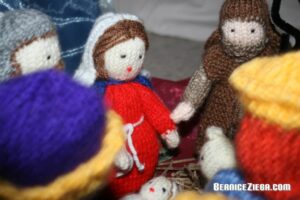 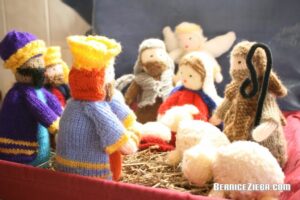 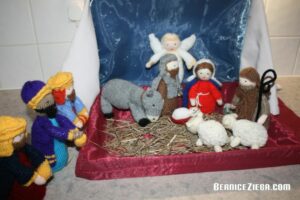